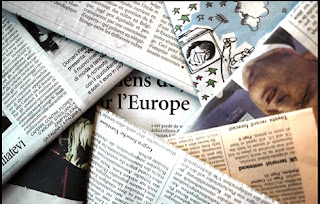 Journalism is an alien niche in Lakshadweep. As all the professions journalism has too a significant place in Lakshadweep but unfortunately the soil of Lakshadweep becomes an alien niche for the aspirants of journalism. As the emergence of modern scenario, the scope of journalism is also emerged as an inevitable part of modern life,but in Lakshadweep, the shadow of journalism is not appeared yet. The Right to information and Freedom to expression are the Rights, which are the unique traits of Democracy. Though, Lakshadweep is one of the union territories of India, the Democracy is a distant dream for the Islanders, it is better to say about Lakshadweep government “Of the bureaucrat, by the bureaucrat, for the bureaucrat”. India’s so called news papers like The Hindu, Times of India and Indian Express are did notlaunch yet, even Malayalam news papers, such as Manorama, Madhirboomi appeared there after a day or more than days, Islanders are reading these tattered news papers from Kerala, they have no news papers as their own. Lakshadweep Times is appeared as part of administrative notification, though it is not a daily news paper it is the only news source about Lakshadweep. Amir Puthiyathanoda’s Dweep Times is an exceptional case, though it is appeared weekly or monthly it has a revolutionary journalistic sense.
Posted by Eric at 7:45 AM